One of the many highlights in Italy is the spectacular architecture. Not only the age of some of Italy’s monuments but the style and sheer beauty is what strikes me. Spanning almost 3000 years, Italy’s diverse architectural styles reflect the numerous occupations by different countries.

Architectural styles range from Greek, Etruscan, Roman, Arab, Byzantine, Romanesque, Baroque, Gothic, Rococo, Neoclassical, and probably more than these. I often wonder how some of these monuments, like the Pantheon in Rome, were constructed long before the days of any  motorized equipment. Completed around 126 AD, this structure is a classic example of ancient Roman architecture. 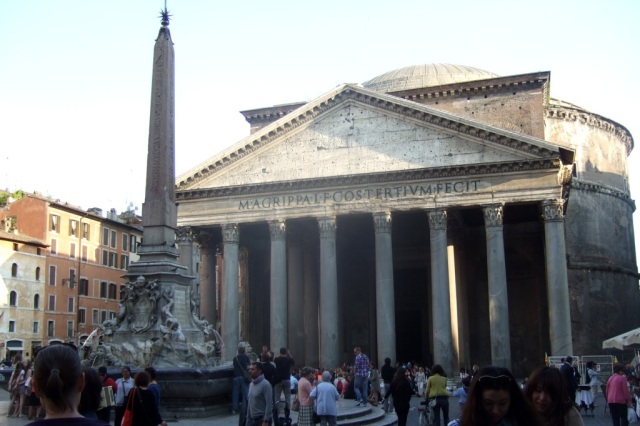 While it would be an impossibility to feature all of the architectural marvels  in Italy in a single blog post, I have chosen the ones that still cause my heart to beat a little faster every time I see them. Magnificent is only one of the adjectives that describe these priceless landmarks in Bella Italia.

Of course the Milan Cathedral is one of the first that comes to mind. I still recall my emotions the first time I laid eyes on this Gothic architectural marvel that took close to six hundred years to build.  One of the largest churches in the world, the facade alone captures everyone’s attention.

The Temple of Concordia in the Valley of the Temples in Sicily is one of the world’s best preserved Greek temples, dating back to the seventh century BC. I find it hard to fathom just how old this temple is and yet how well-preserved it is today.

I like the lines these columns make at the 14th-century Cloister of Santa Chiara in Naples. Fortunately my visit there was a day without crowds, allowing me to capture this view without people walking under the portico. 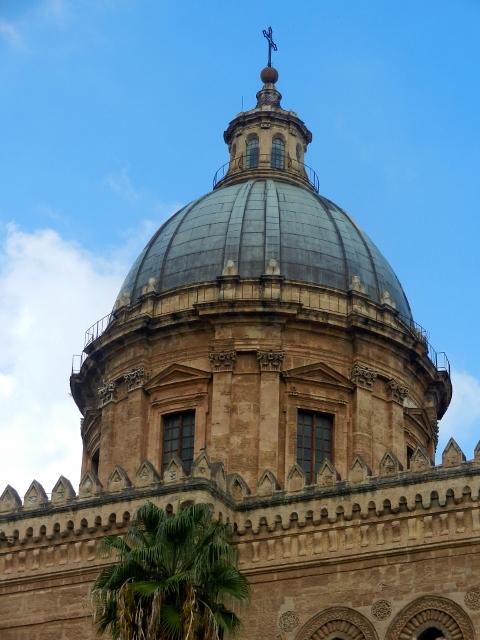 The dome at the Palermo Cathedral in Sicily is an example of  Neoclassical style as the Neapolitan Ferdinando Fuga  took over the restoration in the late eighteenth century.

The Venetian Gothic style Porticato Lippomano  involves a steep uphill walk that leads to the top of the Castle hill in Udine. 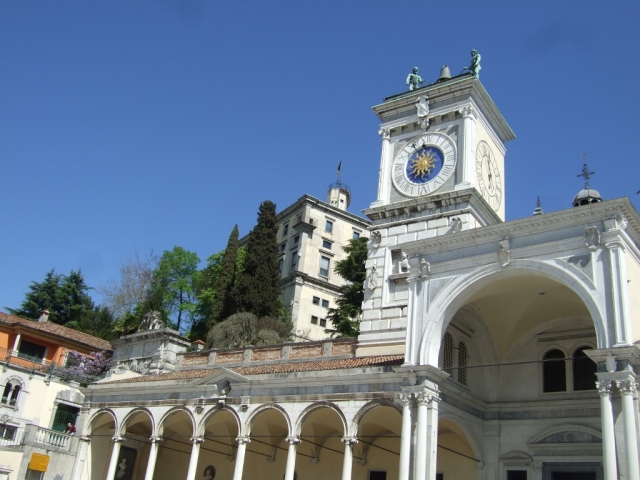 Many of the buildings in the Friuli city of Udine are  patterned after similar monuments in Venice, like the Clock Tower, or Torre dell’Orologio, which bears a striking resemblance to the one  in Piazza san Marco. 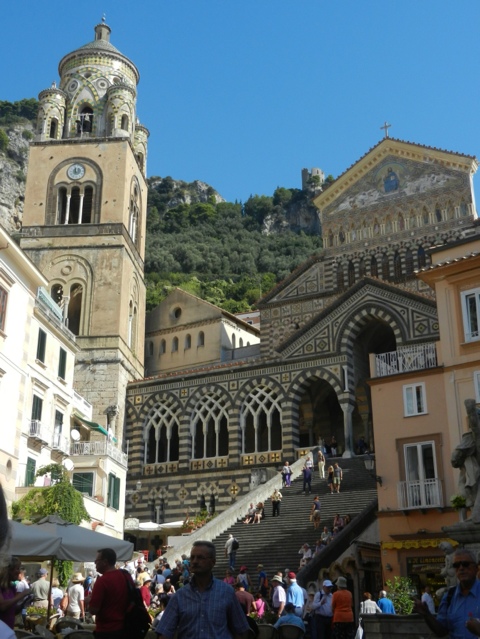 The Amalfi Cathedral  is another example of diverse architectural styles. While its predominant original style was Arab-Norman Romanesque, its later restorations included elements of Romanesque, Byzantine, Gothic, and Baroque styes.

When I went inside the Cathedral of St Andrew in Amalfi with its  baroque and Romanesque  architecture, I was stunned by its elegant beauty.

The Campanile in Florence, or Giotto’s Bell Tower, is a striking example of fourteenth-century Gothic architecture in Italy. The white, red, and green marble in intricate detail is impressive.  I never get tired of seeing this work of art in Florence.

On lake Como many beautiful villas dot the landscape. Villa Melzi in Bellagio is one of  the most popular tourist attractions on Lake Como, mostly because of the gardens. Built in the early nineteenth century, this is an example of Neoclassical architecture.

I know there are countless other monuments in Italy with rich historical value and architectural glory. What are your favorites? I’d love to hear about them, so please leave a comment, and maybe even a link to your Instagram or Twitter post with  a photo of your favorite examples of architecture of Italy.